What is the Drum? 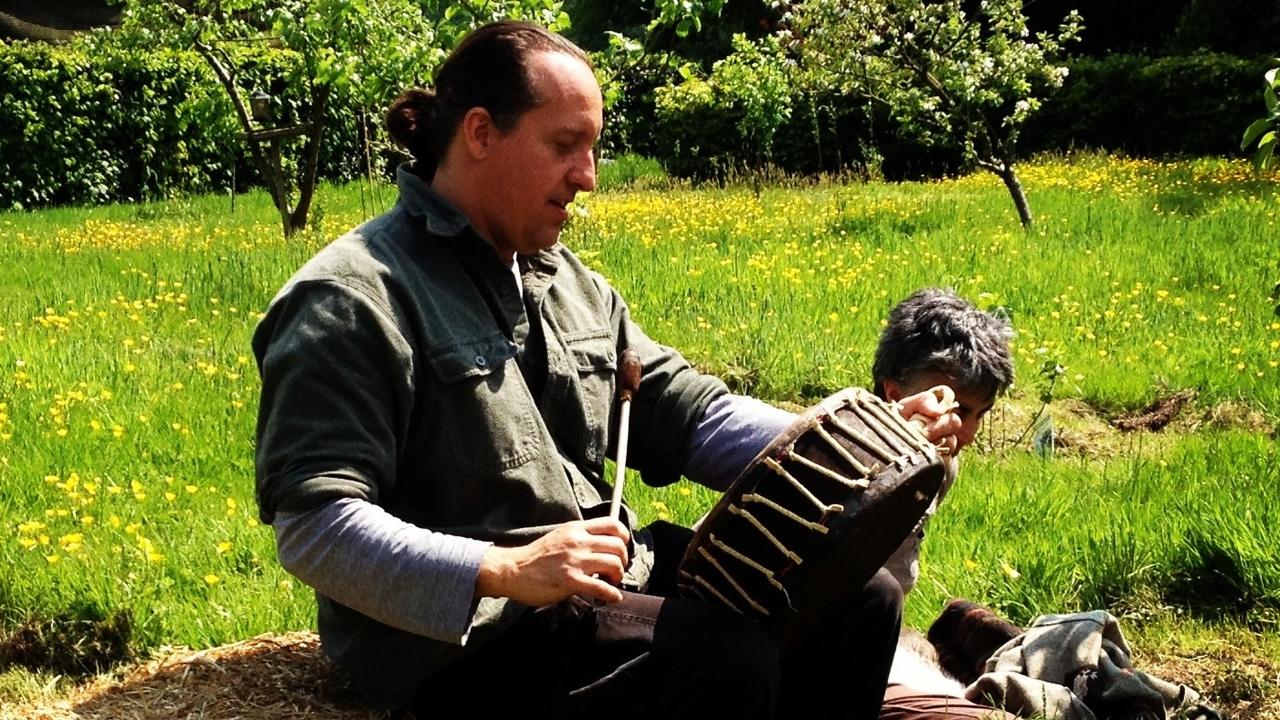 The Drum is the most versatile of the sacred gifts because of its proclivity to be used as a tool in groups, and is closely related to the Advanced Connection Practice of Song. We can use the drum on its own, but often we use the drum to guide the rhythm or “heartbeat” of a song, especially when in groups. Used in this way, the drum can sync up all the voices and the dancing so that all bodies are moving, breathing, and singing with the rhythm of creation. For us to first appreciate the value of this gift, we have to understand the practices of Song and Drumming, and how these practices are invaluable for developing a connection to creation.

For those of you familiar with the Advanced Connection Practices, you may already understand a bit about the Sacred Song. Song is the way we describe the voice of all things, not only the songs of people. The rustling of the leaves on the trees are part of the trees’ song, the howling of the wolves and yipping of coyotes are a part of their song, and the whistling of a bird is a part of its song. The song is an invaluable and unrivaled form of communication because of its power to convey so many complex feelings, ideas, and emotions which transcends a simple intellectual understanding. For humans, our song may sometimes be communicated with lyrics, but they are not always necessary to communicate the ideas they carry. If you’ve ever heard a wolf or a dog howl out of loneliness, you already understand this intuitively. How do we possibly understand what a dog is feeling simply from its howl? We understand it to be lonely because the intuition of song is far more powerful than our intellectual powers and reaches us on deeper levels than the intellectual level. Song has the power to unite us with the underlying spirit of all things, and can put us in tune with the frequencies that all forms of creation share.

The Drum has an important role in this Song, but its use can be appreciated independently. Human beings have a unique relationship with drumming, and can receive great amounts of vitality and energy from the vibrations that drums carry through the air. Have you ever felt the excitement and tension that builds in your belly and your chest when you hear an exciting beat or drumming? The Queen song We Are The Champions is a powerful example for many people. Its characteristic BOOM BOOM CLAP carries a great power and instills strong feelings of power for many people who hear it. There is, in fact, another characteristic of this drumming which is perhaps more interesting and more important than the powerful feeling of the vibration – its repetition. The repetition of this beat, more than its initial force and power, is what lend it such an important quality to the song, and this is true of all drumming. Drumming is used to align the many voices and many breaths to one rhythm – a deeper underlying rhythm of creation – to create a unity of all the minds, bodies, and spirits of those people who are present and participating in it. The drum becomes the heartbeat of the group, beating life and energy into the people present.

There are a number of legends which speak about the drum coming to people ages ago. In one of my favorite stories the drum was a gift from to the people from a great bear who was known as the first medicine person and became the energy of wisdom upon the earth. This great bear know in Lakota as Hu Numpa (Two Legs) was an observer of nature and the powers of creation. It is said that he would lay near to where the power of creation would gather. There he would lay down as if asleep, but he would be observing the creative forces. He observed how they would dance in a circle to the rhythm of a drum. He saw how the powers celebrated and join together in this way and chose to share this with the people of this age.

During this time in human development there were no celebrations and unity was not out of joy but need. Hu Numpa showed people how to fashion a drum and dance in a circle. People began to celebrate life through dance and they moved to the rhythm of the newly fashioned drum. People naturally began to celebrate and dance around the light of a central fire. The drummers would sit off to the side and the people would move to the beat of the drum in a sun wise fashion around the camp fire. Those who were not dancing would sit or stand on the outside of the circle.