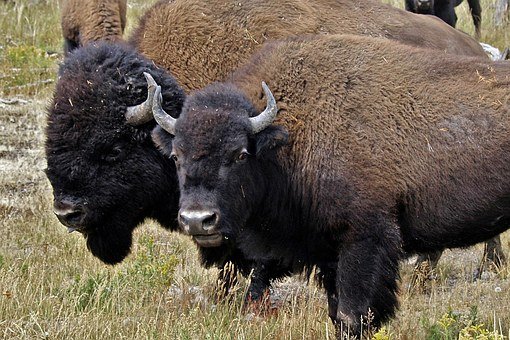 Size/Weight: Adult male American Bison can weight up to 2,000 pounds, which sets them at the largest animal in North America. An adult female bison is typically only half as heavy. Bison tended in ranches can exceed these weights with food supplements. 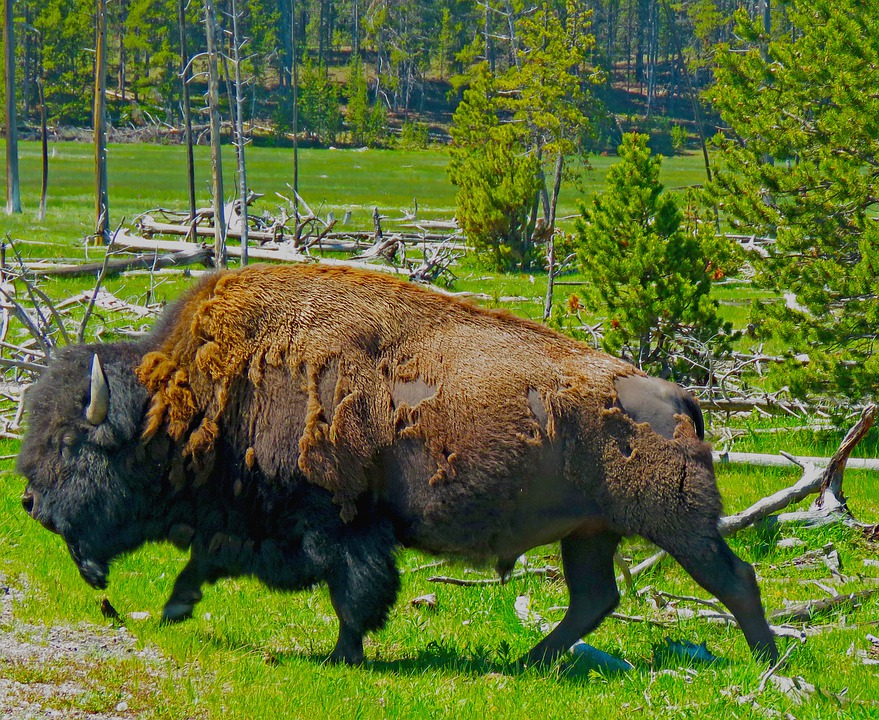 Sex Organs: Male bison have a tuft of hair on their belly which indicate the penile shaft. 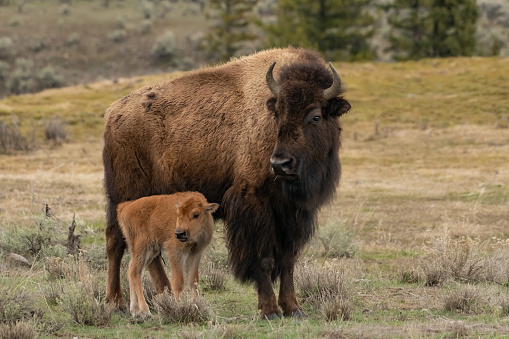 Horn Shape/Size: In adult males have horns that are wide, stand straight up and are thicker than females. The female horn is slenderer (compared to the males) and have an inward curve.

These differences in male and female are more obvious in the adult bison. Bison reach sexual maturity by the age of three, but the male typically reach their full growth by the age of five. Both sexes can live 25 years or longer.

The Bison Project: As part of the immersion camps we host in South Dakota, participants can interact with our bison. The bison are core to the history and cultures of the indigenous peoples of the Great Plains of North America and hold a special place in maintaining the balance of the environment as a cornerstone species.  The Bison Project helps people reconnect to this magnificent animal and learn directly through experience.